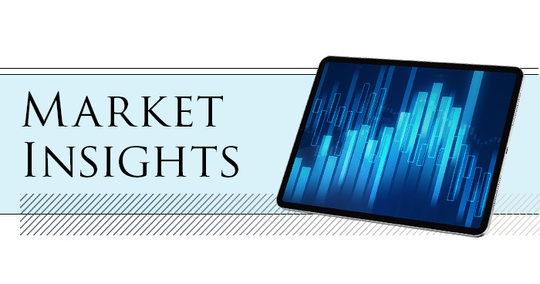 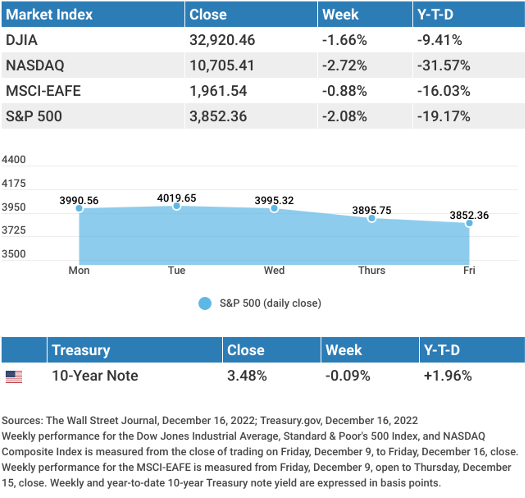 The half-point increase was widely anticipated, but the increase in the terminal rate (i.e., the point at which the Fed stops raising rates) rattled investors. Continued hawkishness by Fed Chair Powell at the post-meeting press conference added to investors’ anxiety. The potential for higher rates for longer, along with disappointing economic data, particularly a sharp decline in retail sales, amplified fears of a recession and sent stocks lower for the remainder of the week.

Inflation And The Fed

The release of November’s CPI showed inflation cooling for the second consecutive month, as prices rose just 0.1% month-over-month and 7.1% from a year ago. Both were better than expected.4

The FOMC ended its last meeting of 2022 by raising interest rates another 0.5% and signaling that it would likely continue to hike rates into the new year. At a subsequent press conference, Fed Chair Powell commented that the next rate increase could be a quarter-percentage point. Most FOMC members appear to support raising the terminal rate (the point at which hikes end) to above 5%, up from its September projection of 4.6%.5

Source: Econoday, December 16, 2022
The Econoday economic calendar lists upcoming U.S. economic data releases (including key economic indicators), Federal Reserve policy meetings, and speaking engagements of Federal Reserve officials. The content is developed from sources believed to be providing accurate information. The forecasts or forward-looking statements are based on assumptions and may not materialize. The forecasts also are subject to revision.

Source: Zacks, December 16, 2022
Companies mentioned are for informational purposes only. It should not be considered a solicitation for the purchase or sale of the securities. Investing involves risks, and investment decisions should be based on your own goals, time horizon, and tolerance for risk. The return and principal value of investments will fluctuate as market conditions change. When sold, investments may be worth more or less than their original cost. Companies may reschedule when they report earnings without notice.

“Love is the master key that opens the gates of happiness.”
– Oliver Wendell Holmes

How To Start Journaling

Journaling has many potential benefits, from increased focus to more detailed goal-setting. Want to pick up the habit of journaling but need help figuring out where to start? Here are some tangible tips to get you started:

Name the three English-language three-letter words that begin and end with the letter E.

Last week’s riddle: What item binds two people yet touches only one? Answer: A wedding ring. 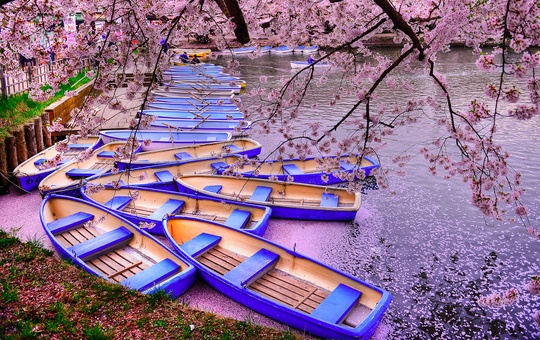