The December inflation report had some encouraging news. It showed that consumer prices trended lower for the month, but more importantly, it confirmed that overall prices have been trending lower for the past six months.

Now the ball is in the Fed’s court. The Fed Governors need to determine how much further they need to go with higher interest rates, which have been used to slow the economy and tame inflation.

After the inflation report was released, traders quickly adjusted their outlook for what the Fed will do next. 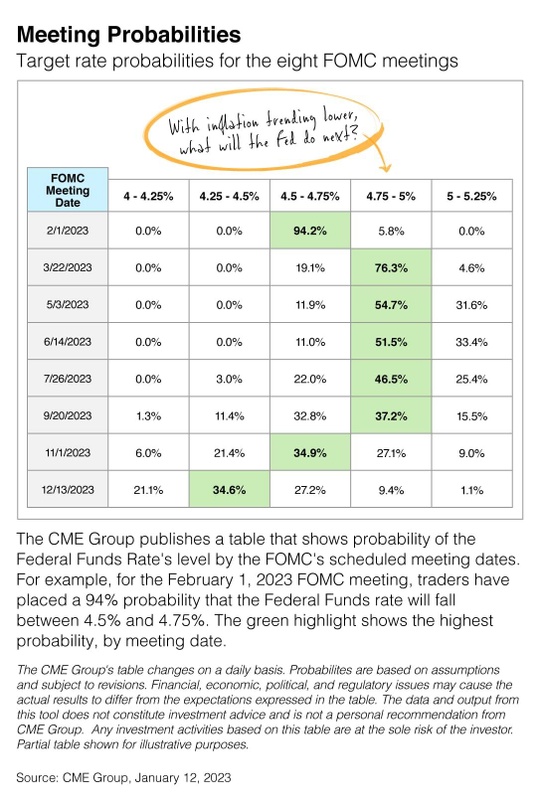 After reviewing inflation and other economic data, if the Fed concludes that it’s time to pivot on monetary policy, that decision would be expected to influence both the stock and bond markets. I’m keeping an eye on what’s going on with the Fed and will continue to provide you updates.