Q&A on the trade war

and China’s devaluing of its currency Let's Talk!

China has introduced a new weapon to use in the trade war with the United States. That weapon? Its own currency.

On Thursday, August 1, President Trump proposed a new slate of tariffs on Chinese goods. In response, the Chinese central bank devalued its currency – the yuan – to more than seven to the dollar. (That means that one U.S. dollar would buy you over seven Chinese yuan.)

The markets took that news hard. At one point, the Dow dived over 950 points. The NASDAQ declined more than 4%, while the S&P 500 fell steeply, too.1

For most people, who only think about currency when it’s in their wallet, this probably all seems bewildering. Why would China want to weaken its own currency? Why would the markets care? And what does this all have to do with tariffs, anyway?

You have questions, we have answers. Let’s do a quick Q&A on what’s going on with the trade war, why it all matters, and what we should do now.

Q: Let’s start at the beginning. What is this whole “trade war” thing, anyway?
A: Since early 2018, the United States and China have been locked in a bitter race to see who can impose the most tariffs on each other. It all started when President Trump announced tariffs on Chinese steel and aluminum, followed by consumer goods like televisions, washers, automobile parts, etc. In retaliation, China launched tariffs on U.S. soybeans, pork, and other agricultural exports. The U.S. responded with yet more tariffs on meat, construction materials, and chemicals. Not to be outdone, China then announced – well, you get the idea.

This is a trade war – when two countries retaliate against each other’s tariffs with more tariffs of their own. For decades, economists have warned about the risks of a trade war, because the conflict can quickly jump from industry to industry. And they were proven right – the full list of tariffs is now over 195 pages long. 2

At the heart of this dispute is America’s $419 billion trade deficit with China.3 (This means the U.S. imports $419 billion more in Chinese goods than it exports back to China.) Since President Trump’s administration believes this deficit is due to unfair or even illegal trade practices, the idea is that tariffs will stop these practices and reduce the deficit by compelling China to negotiate a new trade deal.

Q: Why tariffs?
A: A tariff is a tax on imported goods. By making it more expensive to import Chinese products, tariffs incentivize American companies to buy domestic goods instead. In this way, tariffs can not only protect local industries from foreign competition, but damage certain Chinese industries as well. (More expensive Chinese goods means fewer buyers, resulting in less business for China.) Because of the deficit I mentioned earlier, the U.S. can impose far more tariffs on China than China can on the U.S. That means if China wants to continue in this economic arms race, it will eventually have to rely on other tools besides tariffs. The recent news about the yuan is an early signal that they are starting to do just that. (More on this in a moment.)

Q: So, what started this recent battle?
A: At many points in this trade war, both countries have hinted at making progress on a deal. Unfortunately, we’ve never progressed further than hints. That’s because every time it seems like a breakthrough is on the horizon, one or both countries end up launching a new salvo.

President Trump’s most recent salvo came on Thursday, August 1. Through Twitter, he announced a new 10% tariff on another $300 billion in Chinese goods starting on September 1.4 This time, the list included items like smartphones, shoes, clothes, and toys. The markets didn’t like this, with the Dow dropping almost 300 points on August 2, despite being up 300 points earlier in the day.4

As you can see from the table to the right, China has imposed $110 billion in tariffs on U.S. goods. In 2018, however, China only imported $120 billion in total goods. That means China has essentially run out of things to tariff. So, this time, they did something different: devalued their own currency.

1.9% may not sound like much, but for traders, bankers, and economists, it has major implications.

Q: Why does China want to weaken its own currency?
A: It seems counterintuitive, doesn’t it? Why in the world would a country want to make its currency weaker?
The answer is actually pretty simple. Imagine you were abroad on vacation, intent on buying souvenirs to take home. You would love it if the dollar was worth more than the local currency, because you could get more bang for your buck.

This is exactly why China has devalued its own currency – because a less valuable yuan essentially negates the effect of American tariffs.

Remember, a tariff is a tax on imported goods. So, now imagine this scenario:
Let’s say you run ACME Corporation. In order to make whatever it is you sell (like roadrunner traps, for instance), you import goods from China. But then your country imposes tariffs on Chinese goods. Suddenly, it’s a lot more expensive to buy what you need. To make up for it, you’d either have to cut your expenses elsewhere and charge customers more or stop buying goods from China.

But then China says, “Wait! We’ve devalued our currency! Now, just one of your dollars is worth over seven of ours, so you can buy more of our goods at a lower price!”

Suddenly, those tariffs are no longer such a barrier to buying Chinese goods – which means China no longer faces the prospect of losing your business.

Q: Why does this matter to the markets?
A: There are several reasons, all based around one fear: that this trade war will get worse and worse and go on and on.
First, investors fear this is a signal that the trade war could turn into a currency war. A currency war is when countries engage in a kind of race to the bottom, with each trying to devalue its currency against the other. When this happens, international trade becomes a quagmire: Purchasing power withers, consumers must pay higher prices for even basic things like food, and inflation can rise. Of course, companies that depend on exporting their goods will also suffer. All these factors would end up creating a great deal of uncertainty – and by extension, volatility – in the markets.

For these reasons, currency wars are very, very rare.

The last time China devalued its currency was in 2015. The situation was much different then, so we shouldn’t draw too many comparisons, but the ripple effects were significant. At the time, markets around the world all wobbled.

Another reason the markets don’t like this news? Concerns about additional retaliations from both sides with even more tariffs are in the offing. The markets have reacted negatively every time new tariffs are announced. Companies pay more for goods, their profits fall, services are delayed, prices go up, and business goes down. All these issues, of course, are reflected in their stock prices.

Q: So, what should we do about this?
A: Take a breath.

For our part, one thing we don’t need to do is panic. Despite the recent turmoil, the markets are still near record highs. Even if the trade war leads to a full-blown market correction, that simply means we may have new investment opportunities in the future. The fact is, we’ve always known the trade war could last a long time. To date, the markets have weathered the storm. They may still do so now. But even if they don’t, we won’t be unprepared.

On the other hand, if these recent developments have told us anything, it’s that trade tensions aren’t going away anytime soon. My advice? Let’s prepare ourselves mentally for more negative headlines to come. (Often, mental preparation is the absolute best defense against making panicked decisions with your money.) Let’s also remember that, while there may be no end in sight to the trade war, it’s only a small portion of our total economy. And our economy as whole is still quite strong.

I hope this letter has given you some insights as to what’s going on in the markets right now. I find that the more we understand why things are the way they are, the less we need to fear them. My team and I will keep monitoring your portfolio closely. If at any point we feel a change in strategy is needed, we’ll let you know immediately.

As always, if you have any questions or concerns, please let us know! Our job is to address them. In the meantime, thank you for the trust you place in the Research Financial Strategies team. We’ll continue working hard to help you work toward your goals.

Have a great rest of your summer!

P.S. One more thing, If you have any friends or family who you think would be interested in reading this letter, please feel free to share it with them. Or, let us know and we’d be happy to send them a copy! We are always looking to help as many people navigate the ups and downs of the markets as we can. Thanks!

In our experience, we’ve found that the most successful solutions begin by asking the right questions 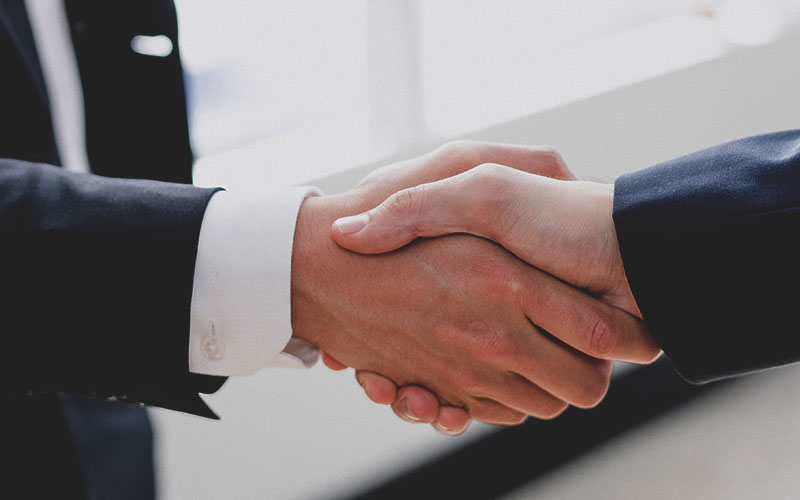 The process of managing your money can be complex and, at times, overwhelming. The relationship with your financial advisors shouldn’t be. Our goals are to keep things simple, continually keep you informed and ahead of the curve, and inspire confidence in the path you travel.   Learn More At Research Financial Strategies, we focus on helping retirees and those preparing for retirement to maximize their finances throughout their semi-retired and non-working years.  Learn More If you have children, chances are you’ve given at least some thought to saving for college. In fact, pretty much every new parent we talk to has it near the top of their list of financial priorities.  Learn More

Our focus is on your life and priorities. Not just your portfolio. That’s why we start by listening and learning about you. Each individual client has different needs and concerns that need to be addressed. And because we carefully listening to those concerns, we will gain important information that will help us to best serve our clients and help protect their financial futures.

The December inflation report had some encouraging news. It showed that consumer prices trended lower for the month, but more importantly, it confirmed that overall prices have been trending lower for the past six months. Now the ball is in the Fed’s court. The Fed... 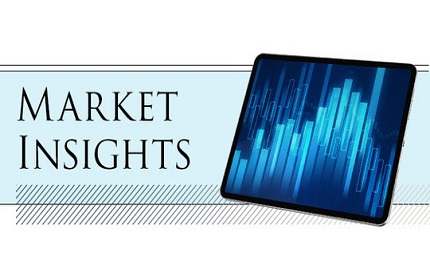 Stocks rallied last week thanks to fresh confirmation of inflation’s cooling trend and growing optimism that an inflation slowdown may provide the Fed with space to ease up on future rate hikes. The Dow Jones Industrial Average gained 2.00%, while the Standard &...

Stocks rallied last week thanks to fresh confirmation of inflation’s cooling trend and growing optimism that an inflation slowdown may provide the Fed with space to ease up on future rate hikes. The Dow Jones Industrial Average gained 2.00%, while the Standard &...