The fight against inflation intensified.

Last week, the Federal Reserve (Fed) delivered a message that it is serious about fighting inflation. The Federal Open Market Committee (FOMC) lifted the federal funds target rate by 0.75 percentage points. The fed funds rate is now 1.50 percent to 1.75 percent.

The Fed also has begun to shrink its $9 trillion balance sheet by selling Treasury securities and agency mortgage-backed securities, a process known as quantitative tightening (QT), reported Kate Duguid, Colby Smith, and Tommy Stubbington of Financial Times (FT). The Fed’s balance sheet expanded greatly during the past few years as it engaged in quantitative easing (QE). QE entailed buying Treasury and agency securities to ease financial conditions, strengthen the economy, and support markets during the pandemic.

If QT was a rate hike, it would be “roughly equivalent to raising the policy rate a little more than 50 basis points on a sustained basis,” according to a paper published by the Fed in June. Although, the authors stated there was considerable uncertainty associated with the estimate. It’s hard to be certain about what will happen when the Fed has only attempted QT once before.

Global markets weren’t enthusiastic about the fact that the Fed and other central banks are tightening monetary policy. Harriet Clarfelt and colleagues at FT reported, “US stocks have suffered their heaviest weekly fall since the outbreak of the coronavirus pandemic, after investors were spooked by a series of interest rate increases by big central banks and the threat of an ensuing economic slowdown.”

It’s likely that markets will continue to be volatile, according to the CBOE Volatility (VIX) Index®, which measures expectations for volatility over the next 30 days. The VIX is known as Wall Street’s fear gauge. Last week, it rose to 31. That’s well above its long-term average of 20.

IS THE BOND MARKET OR THE STOCK MARKET A BETTER RECESSION PREDICTOR? The stock market has been dropping, but that doesn’t necessarily mean a recession is ahead. The stock market isn’t very accurate when it comes to predicting recessions.

In 1966, following two decades of almost uninterrupted economic growth and stock market gains, a bear market arrived. Stock investors feared a recession might be ahead, and the S&P 500 Index dropped 24 percent over eight months before rebounding and moving higher.

Economist Paul Samuelson, the first person to win a Nobel prize in economics, quipped, “The stock market has predicted nine out of the last five recessions. A factcheck of Samuelson’s off-the-cuff remark in 2016 found that he was right. Bear markets in stocks lead to recessions about 53 percent of the time, reported Steven Liesman of CNBC.

In other words, the stock market has about the same predictive value for recessions as a coin toss. The Treasury bond market has a far better record.

An inverted yield curve is a more reliable indicator that a recession is ahead. Alexandra Skaggs of Barron’s explained, “In a recent study of yield curve inversions, BCA Research found that the gap between 2- and 10-year yields has inverted before seven of the past eight recessions…The gap between 3-month and 10-year yields has a better record, calling all 8 recessions without a false signal.”

At the end of last week, the yield curve was not inverted. Three-month and two-year Treasuries were yielding 1.63 percent and 3.17 percent, respectively. The 10-year Treasury was yielding 3.25 percent.

Weekly Focus – Think About It
“My interest is in the future because I am going to spend the rest of my life there.”
—Charles Kettering, engineer and inventor

Ehhh,  What's up Doc?Just two years ago, media had zero coverage of inflation as a topic of interest. Now, multiple stories appear every day about how inflation...

END_OF_DOCUMENT_TOKEN_TO_BE_REPLACED 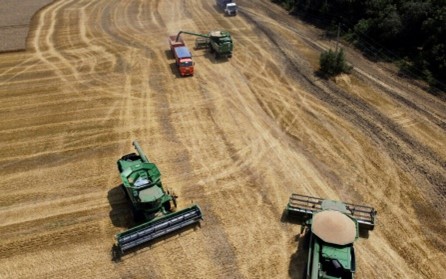 April 12, 2022Our Mission Is To Create And Preserve Client Wealth Some Scary Grains of Truth The Pain … Perhaps we need to brace ourselves. A slew of reputable...

END_OF_DOCUMENT_TOKEN_TO_BE_REPLACED

All,You undoubtedly have heard reports that the world’s supply of wheat and corn are in jeopardy due to Ukraine and Russia both missing this season’s planting...

END_OF_DOCUMENT_TOKEN_TO_BE_REPLACED 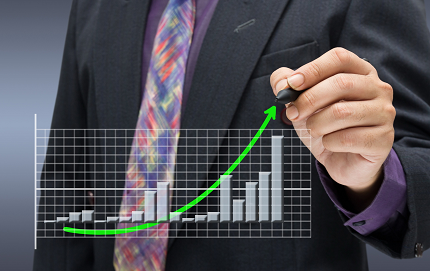