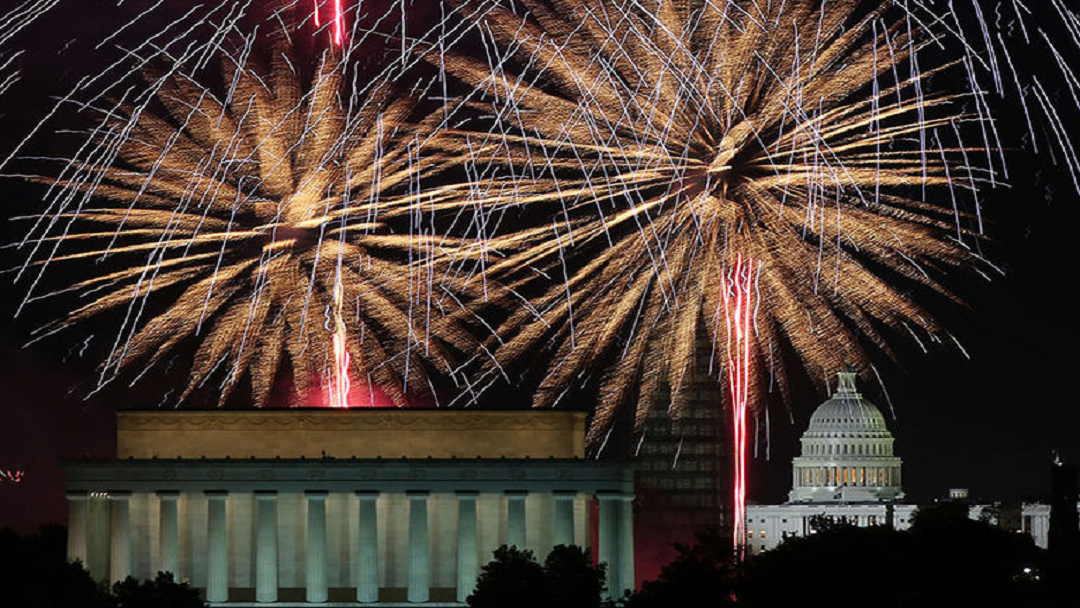 Abraham Lincoln’s Powerful Words
on the Declaration of Independence

Almost two-and-a-half centuries ago, fifty-six great Americans signed the Declaration of Independence. It was a document that would change the world, but after the Revolutionary War ended, it languished in relative obscurity for many years. In fact, to many, the Declaration was merely a simple letter that had served its purpose. A historical artifact and nothing more.

It wasn’t until Abraham Lincoln that the Declaration took its place as the cornerstone of American ideals. As a young prairie lawyer, Lincoln saw it as more than just a simple announcement of separation. To him, it was a statement of human rights. It was the foundation upon which the United States was built. Lincoln made it the core of his political vision, referencing it often in speeches and letters, most notably in the Gettysburg Address.

But it was five years earlier that Lincoln spoke some of the most powerful words ever uttered about our nation’s founding document.

In the summer of 1858, Lincoln gave a speech in Lewiston, Illinois. Concerned that people had forgotten what the Declaration said, he decided to remind them. Not many Americans know about this speech today. I myself had never heard of it until someone shared it with me. But after reading it, and thinking about it, I’m convinced there’s no better message I can share this Independence Day.

Here is an excerpt of what Lincoln said:

Lincoln on the Declaration of Independence

“My countrymen, if you have been taught doctrines [that] conflict with the great landmarks of the Declaration of Independence; if you have listened to suggestions which would take away from its grandeur and mutilate the fair symmetry of its proportions; if you have been inclined to believe that all men are not created equal in those inalienable rights enumerated in our charter of liberty, let me entreat you to come back. Return to the fountain whose waters spring close by the blood of the revolution. Think nothing of me – take no thought for the political fate of any man whomsoever – but come back to the truths that are in the Declaration of Independence. You may do anything with me you choose, if you will but heed these sacred principles.

The Declaration…was formed by the representatives of American liberty from thirteen States. These communities, by their representatives in old Independence Hall, said to the whole world of men:

We hold these truths to be self-evident: that all men are created equal; that they are endowed by their Creator with certain unalienable rights; that among these are life, liberty, and the pursuit of happiness.

This was their majestic interpretation of the economy of the Universe. This was their lofty, wise, and noble understanding of the justice of the Creator to His creatures. Yes, gentlemen, to all His creatures, to the whole great family of man. In their enlightened belief, nothing stamped with the Divine image and likeness was sent into the world to be trodden on, and degraded, and imbruted by its fellows. They grasped not only the whole race of man then living, but they reached forward and seized upon the farthest posterity. They erected a beacon to guide their children, and their children’s children, and the countless myriads who should inhabit the earth in other ages.

Wise statesmen as they were, they knew the tendency of prosperity to breed tyrants, and so they established these great self-evident truths, that when in the distant future some man, some faction, some interest, should set up the doctrine that none but rich men, or none but white men, were entitled to life, liberty, and pursuit of happiness, their posterity might look up again to the Declaration of Independence and take courage to renew the battle which their fathers began – so that truth, justice, mercy, and all the humane and Christian virtues might not be extinguished from the land; so that no man would hereafter dare to limit and circumscribe the great principles on which the temple of liberty was being built.”

Lincoln, who was running for the Senate at the time, finished by saying that it didn’t matter which politician people voted for, or which party they belonged to. What mattered was upholding the ideals of the Declaration of Independence. “I charge you to drop every paltry and insignificant thought for any man’s success,” he said. “It is nothing. I am nothing. Judge Douglas [Lincoln’s rival] is nothing. But do not destroy that immortal emblem of Humanity – the Declaration of Independence.”

This July 4, I hope we all can take a moment to reflect on the meaning of the Declaration of Independence. It goes beyond politics and partisanship. It’s more than a historical artifact. It’s the foundation upon which our nation rests.

A nation I’m so grateful to call home.

From everyone here at Research Financial Strategies, we wish you a safe and happy Independence Day!